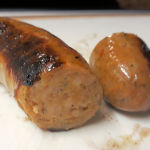 "Well you don't see that flavour very often" I mused looking in to the display whilst queuing in Bob's of Hatfield waiting to see Mark Burley to talk sausages...it appears sausage making day is Wednesday and today is Thursday...hmm?  Popular are sausages from here, so limited choice today unfortunately...

Righto, Maple & Chilli it is then (and some Spicy ones too) for sampling tomorrow back at SausageReview HQ.  I always try to call in to Hatfield on a roundabout route on my way to friends at Potters Bar.  Bob's regularly has some really interesting flavours of sausage.  OK the Surprise ones are bizarre, let's be honest, but they sell well evidently.  See the separate review link below.

Bob’s Family Butchers is now run by Mark Burley since taking over the Hatfield based butchers shop from the retired Bob some years ago. Mark has kept the original name as a lot of his regulars still recognise and refer to the local butchers as “Bob’s”, so why change it? Mark is mad keen on sausages, so his creativity is fairly evident with the flavours he creates.

OK but I'm still not sure about maple as it does in my mind tend to conjure up thoughts of sweet very sticky-licky and sugary like you get with pancakes and all that which isn't something I would order to eat, however I said this to Mark and he replied by saying, I should just try them and I'd be surprised...oh no not another Bob's surprise sausage!

So in the raw these sausages appeared far from sticky, in fact had I not known what the mix was I wouldn't have been able to tell.  However as soon as they hit the pan and started to heat, a smoky maple aroma arose.  Not bad though at all to be honest.  Whilst cooking though some stickiness did emerge from the skins and started to blacken the pan.  Not too much sticking to the sausage and case hardening fortunately.  A little oil in the pan was noticed over and above the amount we started with.

Cooked up the sausages looked pretty good and the taste?  Well I was surprised (just as Mark had said) how tasty and succulent they were.  Ok a slight sweetness, with a smoky background and a buzz of chilli.  A very nice chew from the 80% + meat content and slightly crisp skins.  So what's not to like?

So we think smoky maple syrup and chilli flavour is winner on their own say in a roll, hotdog-wise.  We tried these in a sausage and mash though but found them "a bit odd", and I would expect in a sausage toad we would get the same.   An acquired taste then perhaps for these.  A well made sausage though but not perhaps an everyday sausage for us. 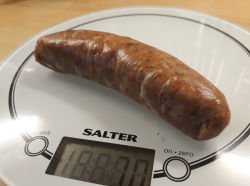 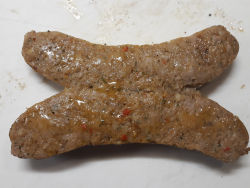 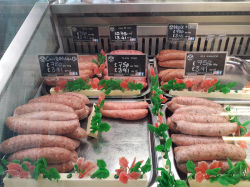 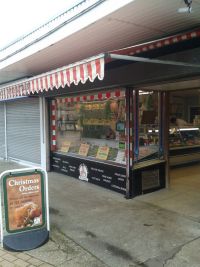