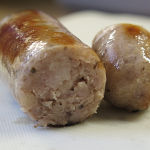 We recently received an email from "The Anonymous Butcher" saying that we really should try Edis of Ely pork sausages.  The message went on to say that although a butcher (incidentally not working for Edis of Ely) these porks were the best bangers he/she had tasted bar his/her own...

Pretty encouraging stuff we thought, so as I needed to go over to Norwich on business I made a slight detour on the way back to call in to Ely. I had to park near the sports centre, that's a few streets over from the High St and needed to ask directions, so I was further encouraged as both people I asked for directions said what an excellent traditional butchers Edis of Ely was.

Edis of Ely are rightfully very proud of their produce awards, certificates for which cannot be missed, and plaster at least two walls in the shop.

Now a friend who has used Edis before did brief me that they use personalised bags for their produce. No not carrier bags, proper zip seal bags to wrap the produce don't you know!  See the photo below...  Yes Ok she did say also that Edis were a tad on the expensive side for their goods too but these sausages were £8.15/kg which in comparison with other producers of premium sausage that's not that expensive. Mind you these porks are Gold Award 85% meat content in natural skins, so we decided that it would be "in the eating" where it would be really decided!

Cooked up the samples performed really well with no splits or bursts from the skins, none of that pale ooze we see sometimes on inferior sausage, and they browned really well making for a slightly crisp finish. No residual oil in the pan too, so what's not to like then?

The texture was on the medium side, with reasonable succulence, making for a pleasant bite and good chew. The flavour was what I initially called mild but one of troops said delicate, which I would on reflection agree with.

Well the troops tucked in and although the consensus was that the Edis Pork were very good, we felt that they could have done with just a touch more seasoning. Ok yes you can add that afterwards, but these are premium, not to harp on, award winning sausages which you shouldn't have to perk up yourself, so there was deep discussion over the scoring.

Edis of Ely pork sausage is an excellent sausage please take our word for it, and if over Ely way, call in and try some yourself and let us know if we were a bit harsh in our marking... 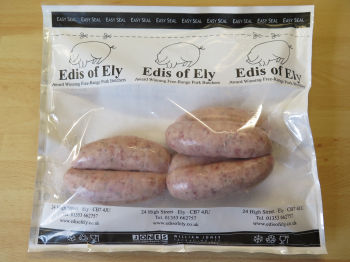 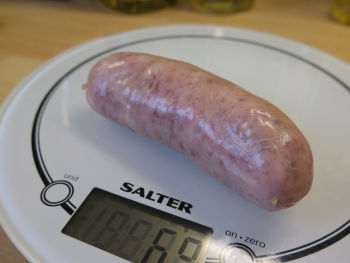 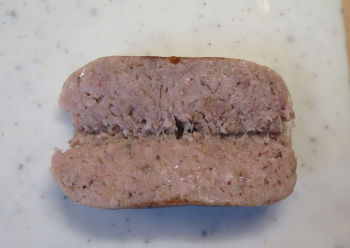 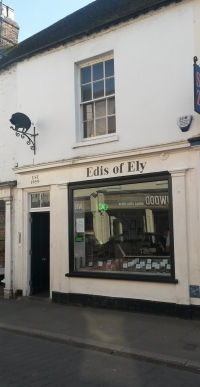 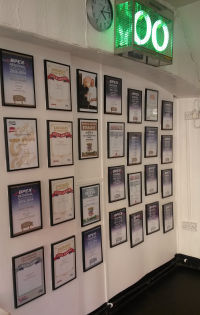 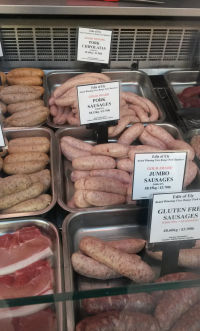